Yes, You Have Influence With (But Not Control Over) Others

Over the years, I have heard the following on quite a few occasions: “We can’t control anyone. They (he/she) made their own choices.”

That could be referring to family or friends making “bad” choices and us trying not to feel bad about it. I have also seen statements like that on social media, comments made about individuals who very unfortunately die of drug overdoses. But there is a mindset that keeps us connected in a more positive way, and keeps us more human and humane! 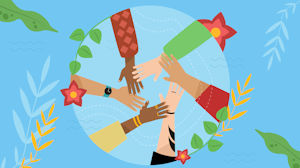 The belief that we have no control often implies that if someone makes a bad decision, it is 100% their mistake and responsibility. It feels nice for each of us to float in our own little cloud, confident that we are independent of any responsibility for or effect on other people, but that is not reality, is it?

What I will attempt to clarify or distinguish here is the difference between having control over another person, vs. having influence with another person. This applies to the effects society as a whole can have, as well as to our own individual actions.

Suppose you are at a bar with a friend. You each have had a couple of drinks, and then your friend says “Let’s have another round!” You go along with the proposal, and a couple of additional rounds are consumed. You have some doubts about this, but say nothing. Soon after, on leaving the bar and driving home, your friend has a serious accident, likely caused by alcohol-induced lowered awareness and reflexes. Meanwhile, you had a significant other pick you up, or you took a cab home.

Who is responsible for the accident in this case? Sure, the friend has some responsibility, but can you honestly say “Well, it was their decision. No one put a gun to their head.” I think that in a court it would stand as a valid point, but how about in your conscience? I believe most people would agree that both individuals in that scenario have some responsibility for the outcome.

It is no coincidence that bartenders are now being held responsible, in some jurisdictions, for serving alcohol to customers who are inebriated beyond a certain point. And there are many situations, much more subtle than that, where we influence other people, affecting their mood, affecting their beliefs, and affecting their decision-making. 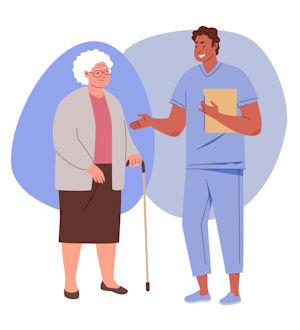 As I perceive it, and as evidence bears out, being aware of others and supporting what is best in them is a vital focus for the well-being of all, and is very much needed in this world.

When we try to control others, such as punishments for children administered harshly, or threats of being fired from a job if performance does not improve, we may temporarily get what we seem to want, but there will be a marker of resentment in the mind of the recipient of being controlled, and it inevitably leads at some point to acting out (sabotage), or to mental imbalance and poor behavior, or in the case of a job, frequently leads to a person leaving to work for a another and possibly competing company! It also damages the personal relationship, and is harmful to the person trying to exercise control through force.

Yes, we can expect certain behaviors or performance from others as being acceptable, but this needs to be communicated with respect and care for the other person, and with some sharing of why the stated goal is important for the person asking it, and ideally why it is important for some wider community.

In a job, it could be as simple as, “This will help the company earn more profit, and that will benefit all of us.” (Make sure that is true!) Even better, if the organization has a mission, and this will help serve the recipients of the organization’s services, that can be expressed as a genuine motivator. And amid all that, the needs of the individual being requested to do something, still need to be respected.

My step-father, with whom I lived starting at age 11, worked as a leader in the Hotel and Motel Trades Council. As a young man barely 20 years old, while still in college, he saw that the staff in hotels were abused, paid terribly, working in hazardous conditions, and working seven days a week. He saw the signs at hotels saying “If you don’t come in Sunday, don’t come in Monday.” He started working for the newly-formed union.

He gave his working life to the cause of making life better for those who were being treated in a callous and often cruel manner working in hotels and related hospitality industries. I would propose that through those efforts he made life better for many people, and that he did have an influence, as the union got state labor laws changed, and influenced public perception about what was acceptable employer behaviors, without controlling anyone such as hotel owners.

It is of course not only in our work that we have an influence. When we can speak to children, friends, parents, and others, on all occasions, with respect and awareness of how each person is important and has feelings and needs, we can help change their future experience of life, and we also make our own life more meaningful in the process.

This morning, in the bakery for a cup of coffee, I noticed that the morning was unusally busy. One person was serving a line of about five people, some of them with children. It was a crowd. The young lady working there had a slightly stressed look on her face, although she was also smiling at the customers. When my order was completed, I added “It’s a busy morning, isn’t it? And somehow you still take care of everyone  and make them feel welcomed.”

She smiled more broadly, took a deeper breath, and said with some energy and a little laugh, “Yes, it is busy!” It was a moment of connection, and I believe it created space and grounding for both her and me. Who knows how it influenced her thoughts and actions that day, as well as mine? And those shifts radiate outward and forward in space and time.

Perhaps you already believe in and practice this approach, but we can always expand our awareness more, to make our interactions with others more meaningful.

There is a bit more to this story, in any case: when I was 20 years old, I made my way to Europe after saving up. I went to see what was amazing in Paris. One thing I found unique was the bakeries. And the first time I went into a bakery there, I requested from the woman working behind the counter one of the famous French long breads. I placed the order in a businesslike way. She responded “Bonjour!” in a clear, firm but friendly voice, and looked intently at me.

I realized at that moment that I was speaking to her in a role, and not as a person. Something in me shifted, and I addressed her more directly and with more awareness. I don’t recall the remaining exchange between us, and I rarely think about that incident from so many years ago, yet I am certain it has affected the way I speak to those who are in service to others, including in bakeries. That was her influence with me. 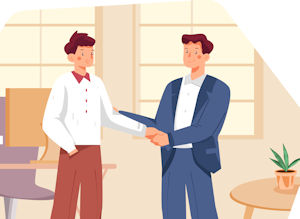 When we consider and speak in the same thoughtful way, as each situation dictates, to our friends, to co-workers, to garbage collectors, and to maids—and even to errant politicians and to others who seem to do harm—we have really accomplished something!

No one is perfect at this, there is always the opportunity to learn more. Meanwhile, taking even small steps in each moment makes a difference. I invite you to apply these practices to your very next interaction, including in your inner dialogue, that is, how you consider and speak to yourself!

Thoughtful speech and action can change the world. And what appears to be a small positive choice, can have large effects that we don’t even get to see. So, enjoy the opportunity to flex your inner guru.