Explaining the Unexplained: Sunshine Penetration and Our Growth

Explaining the Unexplained: Sunshine Penetration and Our Growth

I saw a series of sycamore trees while taking a walk yesterday. I saw the standard mess of bark pieces scattered on the ground for fifty feet in each direction, and the blotchy multi-colored tree trunks, where old pieces of bark had fallen off at varied times in the recent past.

Sycamore trees are hardy, fast-growing, long-lived trees that, like just a few other species, have a specific characteristic of shedding their bark year-round. As the photographs show, they can create a lot of work cleaning up for someone with a sycamore tree on or near their property!

And yet… there must be a reason the sycamore sheds its bark. It occurred to me that my experience has shown that people also constantly release bits of themselves into the world, often unexpectedly.

In psychotherapy practice, I often hear from a client about an action they took which they cannot explain. In many cases they are actions that they are not proud of. One example is losing temper and yelling at a person with whom you are very close—a close family member, a spouse, someone you love. They may also be so-called positive actions, such as unexpected generosity, spending a relatively large amount on someone or for a charity.

How can we explain not just losing one’s temper or being very generous, but doing so in an exaggerated and unexpected, seemingly inexplicable manner? On reflection, the individual doing the temper-losing or giving away a large sum will often say to themselves or others something similar to “I overreacted. Why? It just doesn’t make sense, and I feel embarrassed.”

But the cause is not mysterious, once we take a closer look. 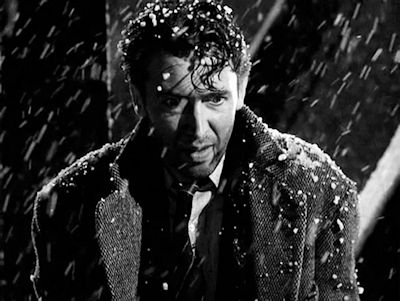 Children grow up in complex environments, with parents, teachers, and society that have their own problems. As a result, children’s deeper awareness and capacity for growth is often ignored, or responses to their growth needs are condemnatory or miss the mark. For example, the child who proudly brings a dripping mud pie into the house to show Mom will likely get yelled at and have their early work of art dismissed as disgusting or simply dirty, unless Mom is an unusually enlightened parent.

Fortunately, despite many disappointments during childhood, most children do grow up and find ways to function in the world, to work and to form relationships, and to survive and find enjoyment.

And yet… and yet. This same person, now an adult, has some trouble expressing soft or exuberant feelings, and difficulty feeling peace and satisfaction. And suddenly, one day, this individual begins shouting at the person closest to him in life, with very little seeming basis or justification. Why does he (or she) do that?

Afterwards, the individual will say to himself some variation of: 1) I am bad, or 2) I have no self-control, or 3) what is wrong with me? That is, the person says these things right after dropping the illusory message that the other person deserved it!

None of those typical questions, and none of that self-blame, is on-point. Here is a different way to look at these unexpected expressions of self:

This individual has been together with his partner for several years, and feels safe in the relationship. They get along well during the vast majority of their hours together. But as the trust starts to develop, over months and years, that very same trust allows the individual holding and hiding their childhood hurt to feel safe enough to try to give that hurt a voice, to try to get that hurt attended to and healed.

But the individual has never learned an effective way to express that deep hurt, and it comes out as anger—at the other person, or perhaps towards a third party. This is the only way he or she knows how to express that pain, so now that there is enough trust, out it comes. It can be seen as literally a cry for help.

If the recipient of the expression of pent-up pain does not take it personally and fearfully, there is an opportunity for some rapid growth.

The anger is not good in itself, and if things never move past there, it is not productive. But the anger and the subsequent confusion the “perpetrator” feels are flags pointing to an opportunity to now explore, with the help of his or her partner, how to be OK with re-opening doors that the person felt he had to close many years ago, as a child, in order to keep safe and survive. 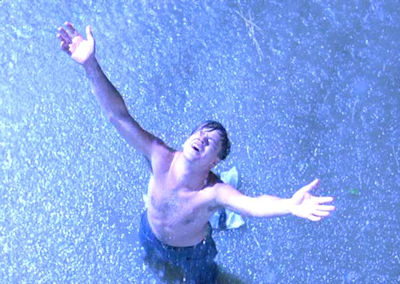 The opening up of rawness, whether it is loving feelings, hurt or anger, generosity, or loneliness, is an opportunity for growth. Rawness has its own language and trajectory, and can lead to new and unexpected growth and fulfillment.

The sycamore tree keeps shedding bark, and scientists are not completely sure why. But one clue known by plant scientists is that the species of tree is unusual, in that the tree trunk is capable of photosynthesis, not only the leaves.

The tree is capable of using sunlight striking its trunk to help it grow quickly—but only if the thickened, old bark is dropped and new, light-sensitive bark is allowed to show. Poetically speaking, there is a crack in the bark, and that’s how the light gets in—excuse me, Leonard Cohen, for paraphrasing. You can read more about that, and other sycamore theories, here.

Can each of us, and if possible sharing in the process with a significant other or a therapist, can we each look beyond the surface and try to face old traumas and do the deep work to repair those old traumas? And as a result, can we learn to be aware of other people, and their needs, and to listen better and respond with genuine kindness?

It usually requires compassionate feedback to help the individual re-learn and re-parent so that old life experiences, and awarenesses we never knew about, can be fully felt without feeling a threat of being hated and abandoned, and once those experiences are fully felt, new experiences and expressions of hope and connection can occur.

The good news is, it can be done, and is being done every day. Renewal is an inherent part of all life and nature, and after all, we human beings are part of nature, as well. The sycamore sheds its old bark, and so can we!